They told me about the rush at home all the time, trying to finish up their tasks for the day so they could jump into a very interesting Korean drama, the nights awake trying to finish the whole season of a Korean movie, the chitchats with friends, usually nothing about troubles, or hearsays about others but a narration of the recent Korean movie they saw and about their favorite characters. The Twins are so addicted.

Some days I go on writing or critiquing a particular Korean movie in my head just because I wasn’t comfortable with the end, I watched the movies with the mindset of being a playwright and lover of literature. It wasn’t just about what you are thinking of, right now. I was just not crushing on Korean actors there was more to it, just as I am going to tell you about what motive drove my friends Winnie and Winner into what they are today by mere picking interests in Korean movies to becoming honorary journalists.

You must have heard about the BTS army, the popular Bangtan Boys, the seven-member squad of South Korean, the boys band formed in Seoul, they wrote too many hits and produced them together. Tell me you are not amazed about their cute vibes, they are exceptional when it comes to music in Korea. They try to push some changes in their society based on their experiences in school and as young people. You may be tempted to call them psychologists. They also propagated the Korean culture and are recognized worldwide for the impacts they have made through their collaborative efforts. Maybe some of us read about these people and others and got really attracted to Korean artists and were motivated to chase certain dreams together like the twins who worked so hard together to become Korean honorary reporters.

It was exciting doing all these and hoping to meet these guys and tell them how we felt about some scenes. What about the days they skipped meals just so they could use the money to get Korean movies, walking long distances to borrow movies from friends, staying out late at a friend’s place just because they wanted to see the end of a Korean movie, this is funny isn’t it? People would laugh at them when they talk about Korean movies and actors, they really didn’t appreciate them so much because most of them haven’t paid keen attention to their stories, and they are not really aware of what really excites the lovers of Korean dramas and this became the intention of my friends, to make people see Korean movies differently.

Yea, they have cute actors and actresses, very funny, with their facials and exhibitions, passionate story lines, culture, language, suspense and all. I can’t believe I actually cried for Jan-di , a character in boys over flowers, her name is Ku Hye Sun. I remember watching boys over flowers and afterwards I watched all the movies of Lee Min-ho, it was crazy going to the film store always asking them for movies acted by Gu Jun Pyo. We all liked his look, because he was the major character in the movie until we started paying attention to other cool and great actors, this is really hilarious, he was a crush to many even guys who watched his movie.

You may be wondering why I chose to talk about Korean dramas. I am writing to inspire those who aspire and crave for certain opportunities and places, you must have dreamt about traveling out to further your education but when you look around you see your poor family, don’t give up! You want to go for that vacation but your account balance is just giving you the red signal, work towards it! You want this establishment but you can’t seem to see a way around it, keep searching! You want to meet some great people but you don’t get to find yourselves in their spaces, do not relent, keep doing those little things you do just to get their attention, the mails, the comments, likes and etc. I know people who had nothing but made it to Cambridge, you desire something so much that it makes you really sad each time you think about the fact that you can’t get it and even if not soon; to all the guys craving for PS5 and hoping on their girlfriends, I wish you all good luck be consistent and persistent on this hope, better still work for it.

My twins friends only started watching Korean movies in high school and suddenly became passionate and interested in Korean dramas, they became so addicted to the dramas that they gradually saw themselves speaking the language, though they are still learning, their deep love for the movies and actors made them to start thinking of creative means of making themselves relevant in the Korean spaces and platforms, they read about them, tried their meals, dance steps and exercises, met people like them who are driven by the same passion. They are not yet there but they are a work in progress. They always wanted to be more involved in Korean activities and promote Korea dramas in a more beautiful and exciting manner not just crushing on the actors as everyone would think of anyone who watched Korean movies, they applied to become honorary reporters, they may have doubted this dream coming through, but they made it as honorary reporters for Korea.

The reason I said you should keep sending the mails, one day you’d be called upon. Becoming honorary reporters has shown them purpose, to consistently pursue their dreams. It may not be about Lee Min-ho but the Nigerian, Ghanaian and American actors like Ruth Kadiri, Mercy Johnson Okojie, Ken Erics, John Dumelo, Majid Michael, Vin-Diesel, Angelina Jose whoever you admire in the movie industry, it may not be about acting or becoming an honorary reporter like my friends but something you really want for yourself so much, don’t stop chasing, persistently pursue that dream and I hope you receive that email and call that would change your story for good. 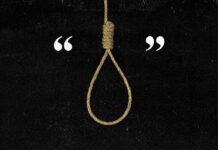 Depression: A Voice That Lures You to Die 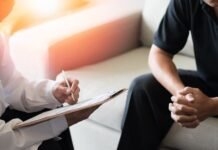 The need for correctional therapy: Speaking up isn’t absurd 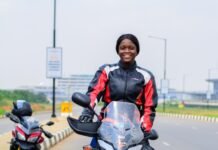 Over 40 People Killed in Madamai, Kaduna

Amarachi - October 5, 2021 0
Today it's Madamai Kaduna, and families are grieving over the death of their loved ones and our leaders are somewhere making merry and feeling...

Ohanaeze Ndigbo Worldwide: There will be no Election in South-East if...