Report has it that 4 people were shot dead today as a combined team of military men and police officers engaged armed robbers in a shoot out at Umuaka in the Njaba Local Government Area of Imo State for hours.

The armed robbers were at the area to rob operatives of Point Of Sale Services when information was sent to the security operatives who were in a nearby axis and they immediately responded.

The criminals at the sight of the security personnel opened fire on them, and the police men retaliated, leading to the instant death of three of them while the other gave up the ghost in a hospital.

A source said, “It was a heavy gun battle. The residents of the area run away owing to the intensity of the gun battle. At end of the day, four robbers were neutralized. The armed robbers came to rob POS operatives.”

When contacted, the police spokesperson for the command, Micheal Abattam, said that while three robbers died on the spot, the other died in a hospital and that the command would continue to make the state uncomfortable for criminal elements. 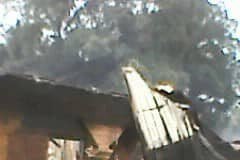 Housing in Nigeria: Why is it so Hard for Women?